The airstrip at Albion Park that eventually became Wollongong Airport was built in 1942 by the Civil Construction Corps as a wartime emergency strip to the training of RAAF pilots.

Airline services from Wollongong Airport have been been started on many occasions, but have struggled to achieve sustainabity. Over the years many airline names have come and gone.

From 1952, South Coast Airways operated a milk run between Sydney and Melbourne with intermediate stops in Wollongong, Bairnsdale and Sale. During the 1970s, Southbank Aviation introduced commuter services from Albion Park to Newcastle and Canberra. Flight Facilities, Impulse and Qantaslink followed.

From 2008 the airport was without any regular airline service for nearly 10 years when Qantaslink withdrew its Dash 8 service to Melbourne.

During this period the development of the HARS Museum and facilities dominated developments at the Airport, much as the museum’s centrepiece, a Qantas 747, now dominates the terminal area.

The launch of Jetgo services to Melbourne and Brisbane in October 2017 were hoped to be game changers. Using the most modern regional jets, this venture operated at a level previously unseen. Jetgo’s corporate collapse in May 2018 put an end to jet operations at Wollongong after only 8 months.

In September 2018 the Canberra based regional airline Fly Corporate announced that it would step into the routes to Melbourne and Brisbane recently vacated by Jetgo. Services commenced on 12 November 2018 using 34 seat SAAB 340B aircraft.

Five months after re-launching airlines services from Wollongong, Fly Corporate initiated an increase in frequencies to both Melbourne and Brisbane citing strong customer support. From 7 April 2019, frequencies to Brisbane rose from four returns per week to six, and to Melbourne from nine to ten.

Friendly flight attendants, accomodating for children and remembered our names. Very time efficient and ease of getting...

Very impressed!!! The staff were polite and helpful, flight was excellent and on time. What a fabulous service for the...

Loved the new services from WOL to Melbourne (Essendon) late last month. I regularly fly to Melbourne and really... 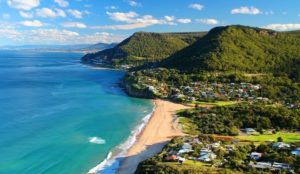